Today, Hells Headbangers announces the signing of America's Perversion. The first fruit of this union shall be the band's highly anticipated second album, which should see release through the label later this year on CD, vinyl LP, and cassette tape formats.

The first taste of Perversion's barbaric and punishing cacophony can be found with the new track "Bhagavad Genocide" HERE at Hells Headbangers' official YouTube channel. Release date, cover art, tracklisting, and preorder info for Perversion's as-yet-unnamed second album to be announced in due time. 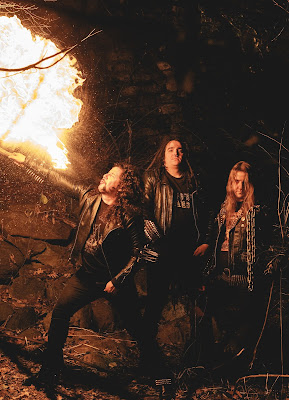