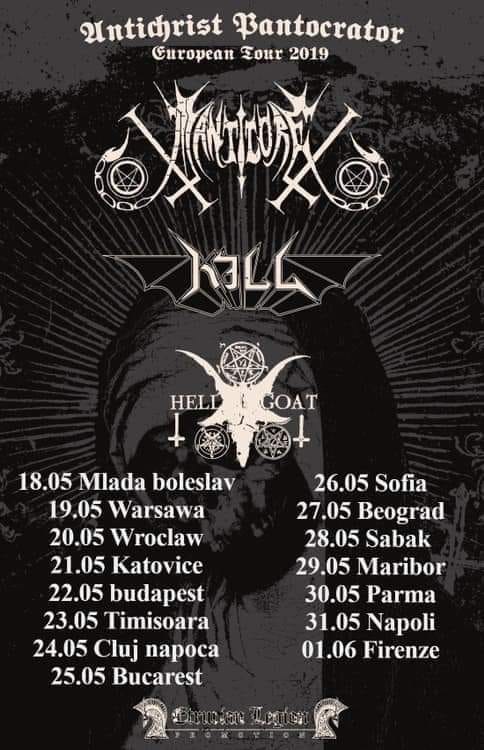 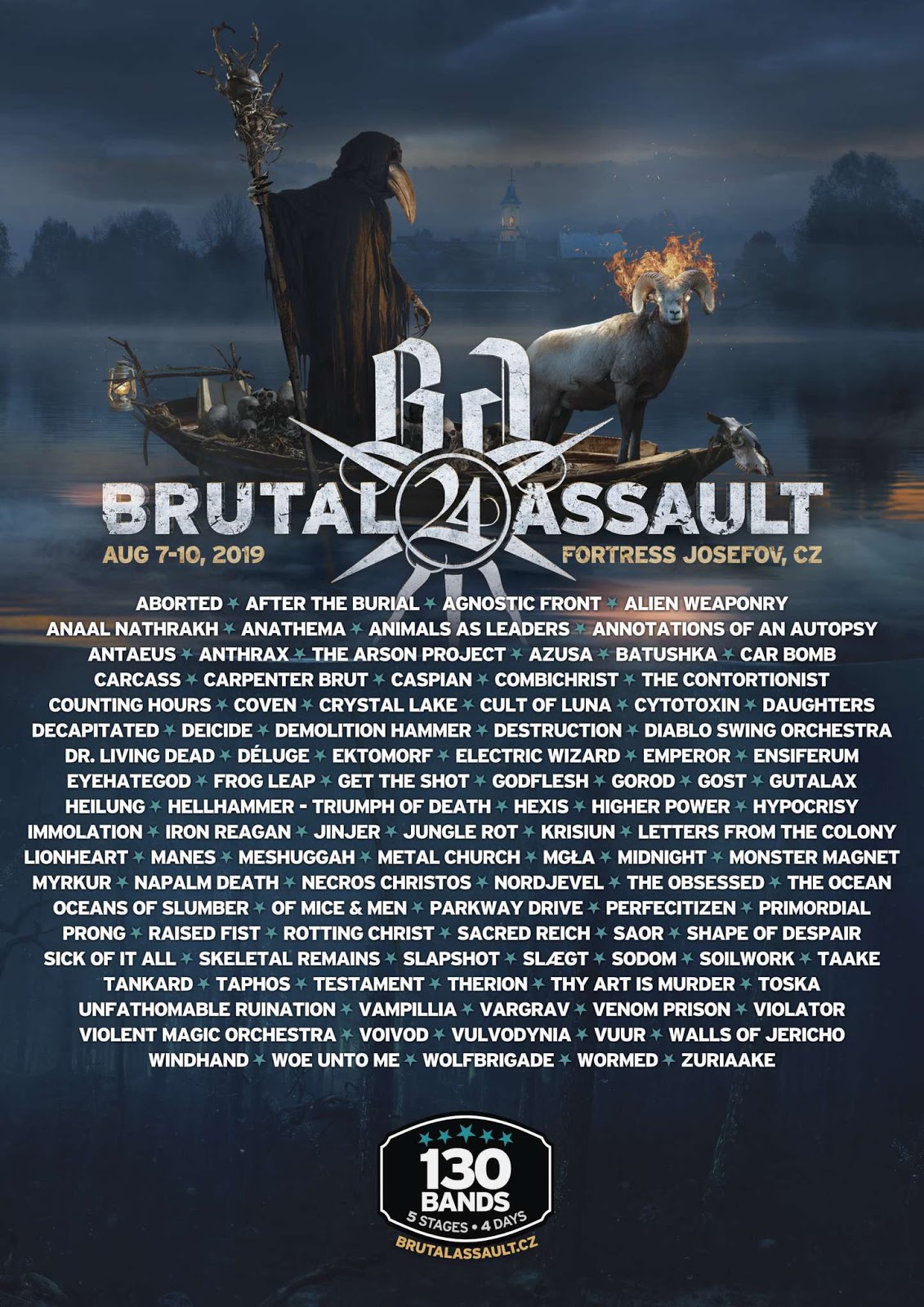 By the end of the month we'll stop selling the 90€ early bird festival passes. These are currently available from our e-shop in two forms, physical collector’s ticket where you have to pay for shipping and electronic ticket that you'll print at home and don't have to pay for shipping. It's also possible to change your e-ticket for design hard paper ticket on spot for a small fee.

Don't miss your opportunity to get the cheapest tickets that there are!

Brutal Assault festival is an anchorage of metal music and associated art with 130 artists, 5 stages, several art galleries and extensive chill-out zone. If you have not been there yet, this festival is just another level of experience in dark art with cherry picked blend of refreshing underground bands and stellar headliners spread across diverse festival area located within 18th century military fortress. Among traditional festival features the festival area also offers luxury sanitary facilities, permanent horror cinema, underground mazes, huge metal market, art galleries, a lot of sitting spaces within the fortress walls providing shelter from the weather and tons of other attractions. Brutal Assault is mainly about music but in recent years it also started to resemble a food festival with vegan and carnivore and all kinds of ethnic cuisine, supplemented by a wide variety of best Czech beers starting from 1.5 Euro for half a litre (17OZ). 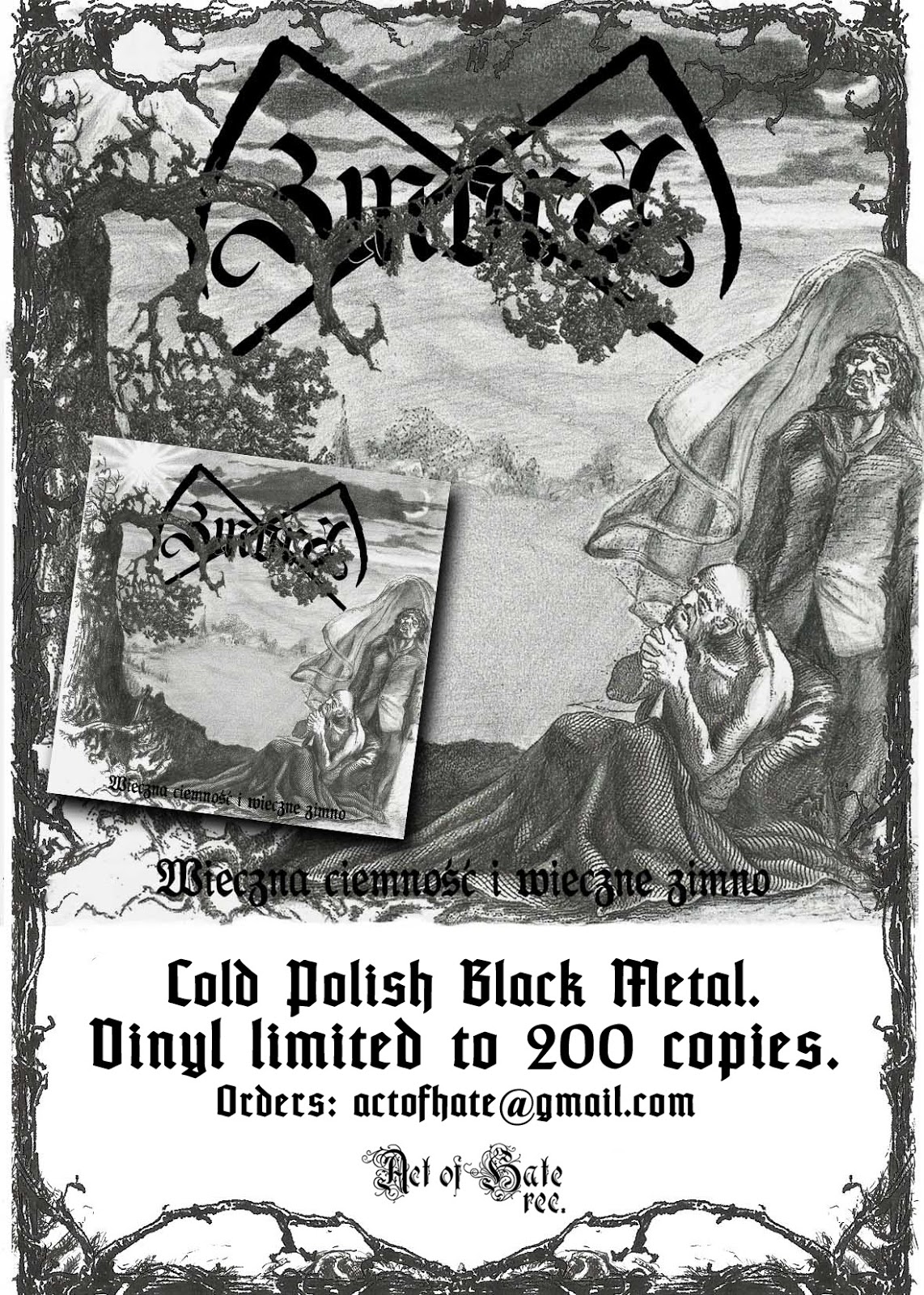 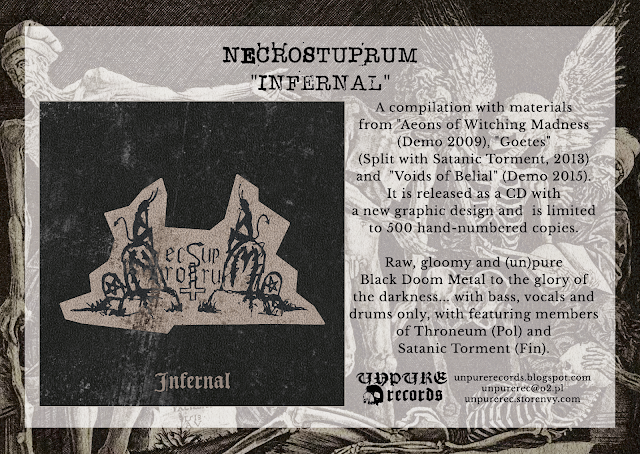 UR653-2019 NECROSTUPRUM - "Infernal". A compilation with materials from "Aeons of Witching Madness (Demo 2009), "Goetes" (Split with Satanic Torment, 2013) and  "Voids of Belial" (Demo 2015). It is released as a CD with a new graphic design and is limited to 500 hand-numbered copies. Raw, gloomy and (un)pure Black Doom Metal to the glory of the darkness... with bass, vocals and drums only, with featuring members of Throneum (Pol) and Satanic Torment (Fin).
Autor: Apocalyptic Rites o 12:38 Brak komentarzy:

Recenzja Morbosatan „As One With Death” 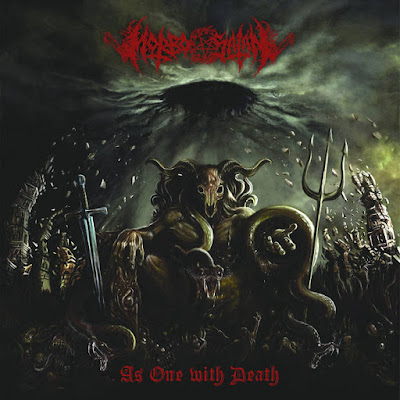 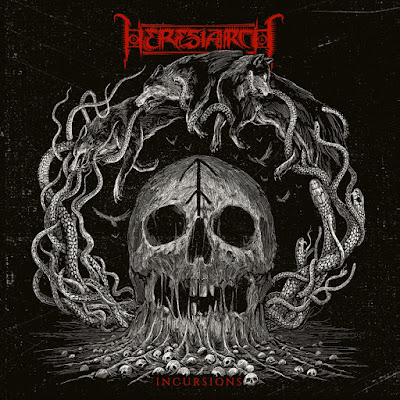 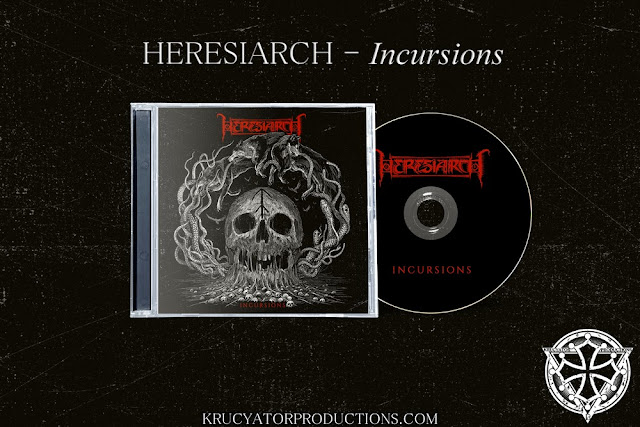 HERESIARCH
"Incursions"
A compilation of all their demo and EPs 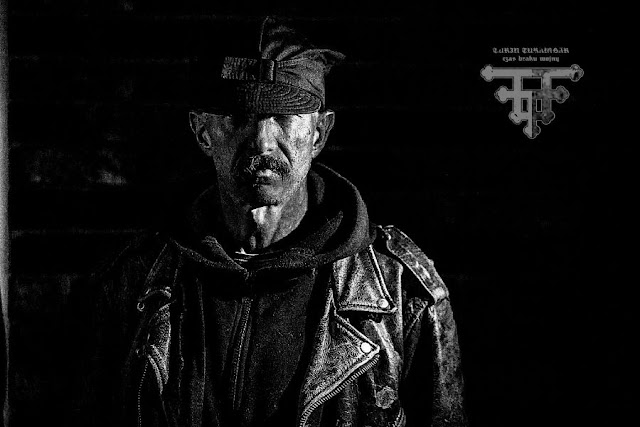 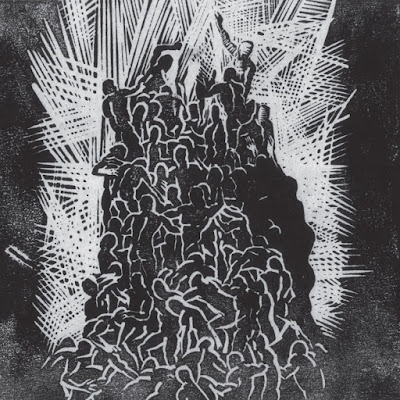 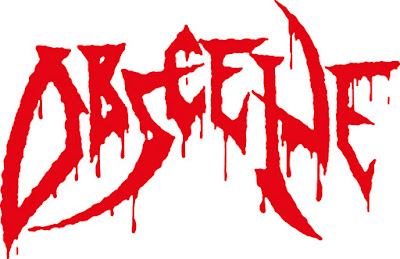 Indianapolis death metallers Obscene are entering Earth Analog Studios during the first weekend of June to begin recording their debut album, to be released later this year through the care of Blood Harvest Records. This is a highly anticipated release which follows up their Blood Harvest-released debut demo, Sermon to the Snake, which surged with a sinister stateliness of pure and total death metal classicism.

Carl Byers (ex-Coffinworm), who also handled the production of Sermon to the Snake, will be engineering and mixing under the Clandestine Arts banner. Mastering will be done by Damian Herring (Horrendous) at Subterranean Watchtower Studios. And last but not least, a piece of masterful artwork has already been  provided by cult artist Mark Riddick. Keep your eyes peeled!

All in all, Obscene and Blood Harvest Records are excited to have a kickass record coming your way after the summer! In the meantime, check out the Blood Harvest-released version of the aforementioned Sermon to the Snake HERE at the label's Bandcamp. 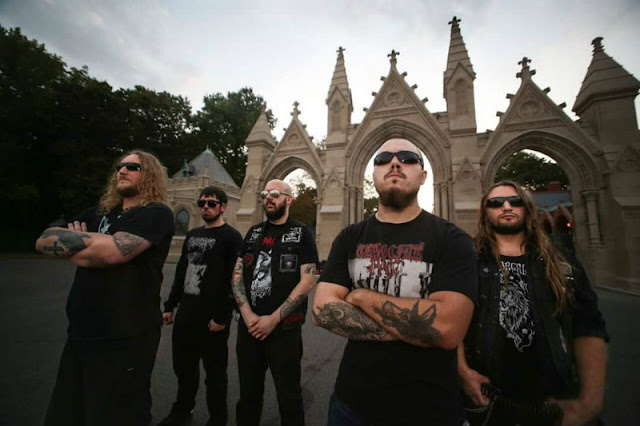 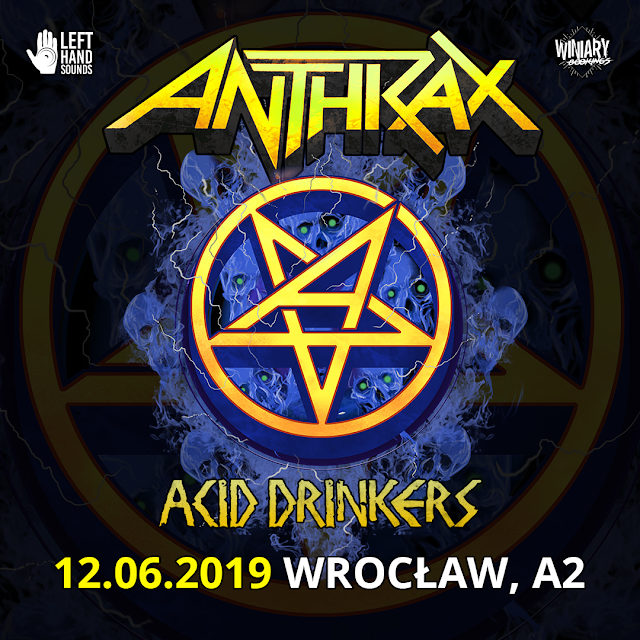 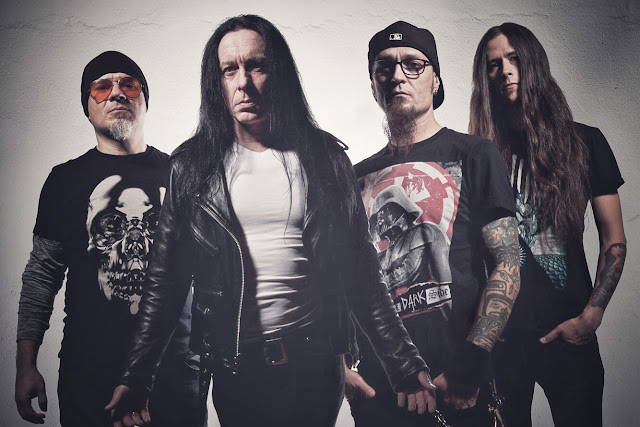 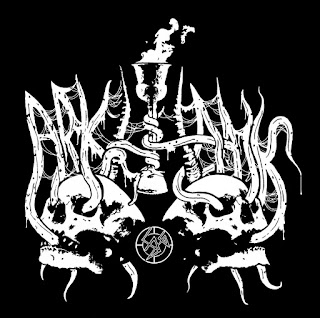 Arkhaaik is the excavation of rites long forgotten, of primitive worship and ancient deities that ruled long before man dominated and soiled the earth. These sounds explore Europe's bronze age and encompass the very essence of said rites that were extinct long ago, told in the Indo-European tongue that was used at the time and is now long lost to the ages, its utterance strange to the modern ear.
Encompassing three expansive tracks in 33 minutes, Arkhaaik's first sonic manifestation suitably takes a guttural (and GUTTING) form, drawing together sepulchral death metal, blackened bestiality, and lava-like doom into a sulfuric, senses-flaying mass. Its cavernous, ceaselessly roiling slipstream of carnal hysteria and barbarism punishes physically and penetrates psychically; it is of this earth, and beyond it. Then again, this skillful balance/bending of the primeval and supernatural is perhaps not surprising given that the band hails from Switzerland's Helvetic Underground Committee, which includes fellow Iron Bonehead legions Dakhma and Death. Void. Terror. among others.
Now, witness the unearthed ancients, beholden to the almighty sky father, ruler of the daylit skies! Behold the mighty bull! In his veins, the blood of the ancients pounds with fervor, and reciprocating this fervor, Arkhaaik bathe in his gore. Through the spilling of his blood, they attain ancient divinity. Do you have the iron-clad constitution to partake in the sacred rites of *dʰg̑ʰm̥tós?
The first sacred rite can be found with the new track "u̯rsn̥gwhé̄n" HERE at Iron Bonehead's Soundcloud. Cover and tracklisting are as follows: 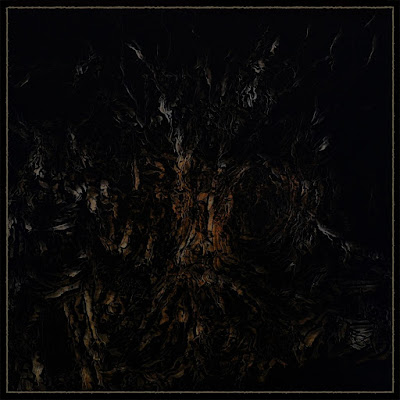 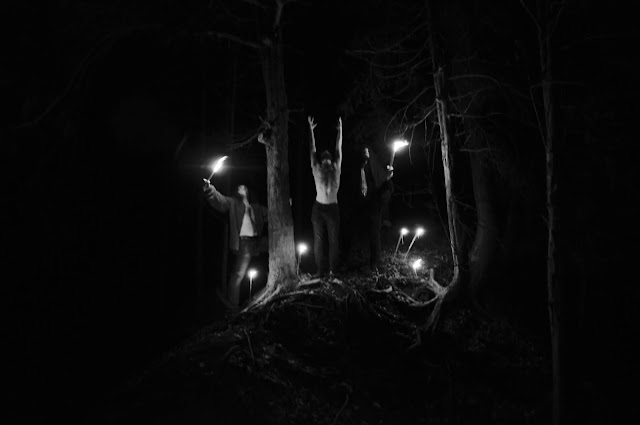