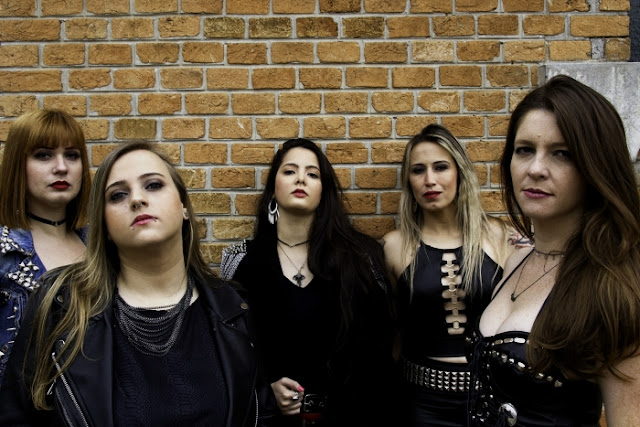 Initially formed in 2000 (yes - almost 20 years ago !) as WIND OF FATE, PANNDORA - now composed of Renata Paschoa (Vocals), Luana Bomb and Rebecca Rastelli (Guitars), Taise Bijora (Bass) and Adrismith (Drums) have recently recorded what will be their new album - made of 8 songs (Shout Out / Uranie / False Excuses / Cold Eyes / Death Is Not The End / Partners In Crime / The Moorland + a Judas Priest's cover of Electric Eye) to be unleash around October 2019 on CD & Cassette formats !