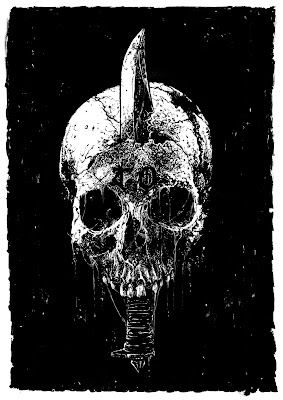 Terror Oath are an international entity: no info, no use, no more, but certainly no less. Their sound, as rudely displayed by the Terror Oath EP, is as starkly violent and unadorned as their aesthetic. Churning, spurning cruelty dredged from the darkest depths of bestial black/death, Terror Oath shun progression and regression alike - no easy Blasphemy or Black Witchery references to be made here, nor any betrayal of those undying influences, neither. Rather, a mesmerizing maelstrom of unapologetic ultraviolence and bulldozing frequency, perhaps best exemplified by the miasmic meltdown of the record's near-nine-minute closer, "Desolations Kommand." Or, perhaps the title of the preceding "Drunk on the Blood of Eternal Triumph" more succinctly sums it up. Either way, take the Terror Oath or be summarily obliterated.

Begin drinking that Blood of Eternal Triumph and take the Terror Oath in its entirety exclusively HERE. Cover and tracklisting are as follows: 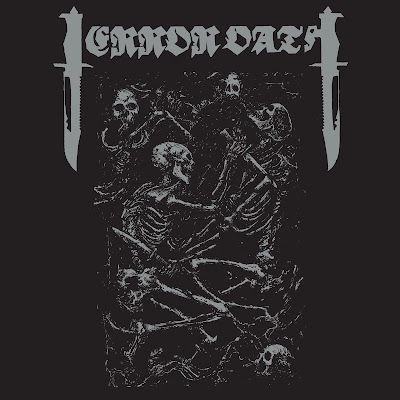